The Journey to "Beauty from Ashes"

- March 23, 2015
As some of you may know, I recently released my very own poetry book titled Beauty from Ashes (you can get it at beautyfromashesbook.blogspot.com :) ). If I wasn't excited before, the amount of love and support I have received since then has been amazing. But before I start getting emotional (yes, even "G's" get emotional sometimes too lol) allow me to take you on a brief journey along the road that led up to this point. 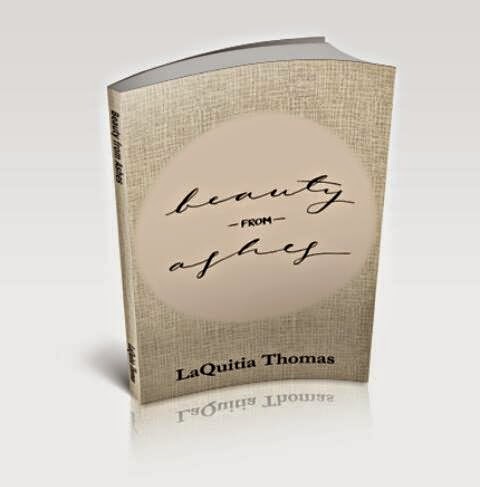 In high school, I remember my English teacher (I believe his name was Mr. Sloan) asking us all to create our own poems after having discussed the different types of poetry. That was the first time I ever wrote a poem, and that was the first time I started to view poetry differently. After that assignment, I began to write more. However, because I was still a "child" most of my poetry consisted of innocent topics such as flowers, seasons, family, etc. It wasn't until I got to college and started experiencing life that my poems began to take on a whole new meaning. But getting back to high school -- So while in the eleventh grade I decided that I was going to publish my very own poetry book. I even went as far as to draft up a copy with a table of contents, about the author, etc (pictured below). I was determined to publish this book. I showed my then Pastor at Church and he said it was good but that I should write some more so that I could have a "big" poem book. I took his advice.

So here we are, YEARS later and I have a book published! While the idea never left me, I had sort of pushed it to the back of my mind. The older I got, I really would write poems simply as a way to express myself. Writing really is therapeutic if you didn't know. But anyway, long story short...the desire to create this book started to become stronger and stronger until one day I was just like "I'm about to do it...forreal". So I did. I began the process of self publishing my book and the rest is history.

As excited as I am, I was actually hesitant at first because 1. I didn't think anyone would actually want to read it 2. I know so many other great poets who love and work hard at their craft, and 3. I wasn't sure if I was okay with letting the rest of the world in on my feelings. (like I said, I'm a G)
But after praying I was reminded that this isn't nor has it ever been about me.  I had to realize that God took me through any and everything that I went through not for myself, but so that it could help and encourage someone else. Realizing that truth is what's allowed me to make it thus far.