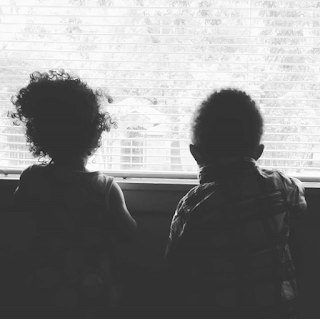 You know how you can hear someone (or maybe more than one person) tell you something over and over, but it just goes in one ear and out the other? You hear what they're saying but you never take the time to actually apply it to your life. Well, for years I've heard people talk about the importance of changing your mindset and thinking postively.  Variations of phrases like "change your perspective and you'll change your life" and "if you can't change your circumstances, then change your perspective", but I've never really stopped to think about how true those statements are. . . until now.

But seriously though, it may sound cliche but we really do have the power to change the quality of our lives by simply changing how we view it.

"It's not what you look at that matters, it's what you see." - Henry David Thoreau


One day as I was leaving Walmart I saw a homeless man sitting on the curb. He was holding a cardboard sign that had the words "would rather beg than steal" hand written on it. The front of his shirt read (in black marker) "God's not dead" and the back read "He's still alive". As we drove past him I made eye contact and he waved. I responded with a wave of my own followed by a little half-smile. Apparently that wasn't enough for him because he then put one hand up to his lips and motioned as he mouthed the words "smile...smile" while wearing a big smile on his face. As if to show me how it was done. Although I had no cash to give him that day, he -- someone sitting on a curb not knowing where their next meal was coming from -- paid me more than I could have ever imagined. Just to be reminded of something so simple as to smile from someone in his situation blessed me more than he could have ever known.

For him to still exude a smile and encourage others to do the same despite his circumstances, said a lot. Despite what's going on around us or happening to us, the choice is always ours to choose how we will react to it.

As of late, I have been trying (and doing a decent job) to be more intentional about changing my perspective on certain things. Especially with the new year quickly approaching, I refuse to go into 2018 with the same old mindset I had in 2017. So I'm resetting my mind, so to speak. It's a daily process and it gets difficult at times, but the end result is so worth it. Just seeing how much of a difference it has made thus far is crazy. It is so easy to think negatively or look at the glass as half empty. But when you make a conscience decision to look at that glass through a new set of eyes...ahhh. It's literally like a breath of fresh air.

"Do not conform yourselves to the standards of this world, but let God transform you inwardly by a complete change of your mind. Then you will be able to know the will of God -- what is good and is pleasing to Him and is perfect." -Romans 12:2 (GNB)

* I also wrote a devotional on discovering true happiness. Check it out here * 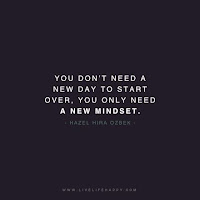