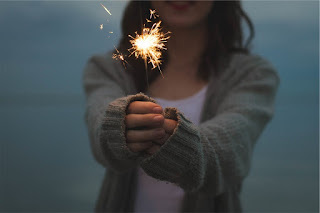 No I'm not just talking about sliding into someone's dm's...but if you hear that and immediately think of messaging someone you like in the hopes that they will respond accordingly then we're on the right track. . . . so stay with me here.

The urban dictionary defines it as "letting go of your pride and pursuing someone you're interested in / to take a chance no matter if you fail or not". Now, what if we took that same mindset and applied it to our every day life? What if we weren't afraid to blatantly take the chance on going after our dreams/goals/aspirations even though there's a possibility that we could fail? What would you do if you knew that you couldn't fail?

I've learned that it's not just about praying all these big bold prayers, but you actually have to put some work behind that prayer. I can sit on my couch and pray for a nice big house or a fancy car until I'm blue in the face, but unless I go out and work to save up for said house and car, the chances of me actually getting it are slim to none.

Wanna know how I know? There was a woman in the Bible who had been bleeding for twelve long years. Even though she was labeled by others as unclean, she believed that Jesus could heal her from her affliction. So she pressed [action] her way through the crowd just so she could touch the hem of his garment, which ultimately resulted in her healing (Mark 5:25-34). In another instance, Jesus went into the synagogue on the Sabbath and saw a man who had a withered hand. He told the man to stretch out his hand [action], and in faith the man did. At that moment the man's hand was healed  (Matthew 12: 9-13). There was also another man who had been blind since birth. When Jesus saw him He spat on the ground and made clay with the saliva, then He anointed the blind man's eyes with the clay and told him to go and wash them in the pool of Siloam [action]. The man did as Jesus said, and came back seeing (John 9:1-11). These are just a few of the many stories throughout the Bible of people being blessed/healed/delivered because of their actions. Not just because they had the faith to believe that Jesus could do what He said, but because that faith caused them to act on it.

" If you don't work hard you'll spend the rest of your life in church shouting 'I receive it!' "


These past few months I've been taking chance after chance, stepping outside of my comfort zone, positioning myself to be blessed by God and actually taking the necessary steps in working towards my goal(s). And guess what? I am already beginning to see some fruits of my labor! Can you imagine how many blessings we may have missed in our lives simply because we weren't in the right position? Or how many blessings God wants to give us even now but can't because we're afraid to step out on faith. Once I decided what I wanted, I told myself that I was going to "shoot my shot" until I received it. Ultimately the worst that can happen is that I get told "no", and a few no's here and there never hurt nobody. Those no's can actually help fuel your flames if you let them. So, if you're looking for me I'll be somewhere shooting my shot all 2018, all 2019, all 2020 and so on. Because my dreams and goals are worth it, and yours should be too. #ShootYourShot 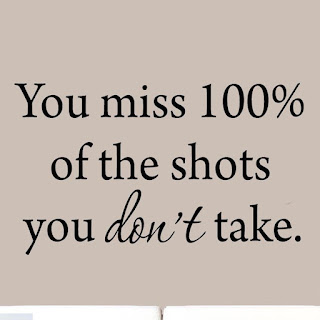