Can I encourage you, whoever and wherever you are? To know this. . . 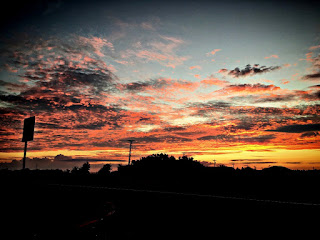 All you have to do is simply trust.

God did not bring you this far just to leave you. He's right there. Even now. Holding you when there's no one else around. Comforting you when you seem inconsolable. Guiding you when you don't know where to turn. Providing for you when there seems to be no way. Putting the pieces together. Working behind the scenes. He's there. All of the time. EVERY time. Even when man says there is no more time. He's still there.

I know what you're dealing with may seem too big to handle, but God is bigger. He's stronger. He's wiser. There's literally NOTHING He cannot do. He specializes in doing the impossible. His track record is spotless. He's never lost a battle, never been defeated, and there's absolutely no one greater. Why not trust a God like that?

I don't know when your situation is going to change. I don't even know how. But I do know that it's changing. I do know that it's going to turn around for your good. Storms don't last always. Greater is coming. Eyes haven't seen, and ears haven't heard all that God has in store for you. This isn't the end. This isn't your final chapter. This is only the beginning. God has so much more ahead. You haven't even began to touch the surface of all that God has planned.