Put the Pedestal Down

- May 02, 2020
In a time where everyone is being reminded to wash their hands and stay at home. In a time where most of our social interactions are coming from online sources and Zoom. In a time where Instagram and Facebook have gotten more attention than ever before, can I just add one more thing to your list of reminders? Yes? Okay, here it is. . .

✨ Put that pedestal down ✨

I'm sure by now most of us have heard some variation of the phrase "comparison is the thief of joy". And while I wholeheartedly agree, I like to think that pedestals are right up there as well. What do I mean by that? Well, let me explain...

We see these people online and even those in our everyday lives that draw us in. Something about them captivates us and causes us to follow them, befriend them (even if only online), pay attention to everything they do, and sometimes even get into relationships with them. We love them. Admire them. Support them. Promote them. Respect them. Imitate them. And maybe even serve them. We put so much time and energy into who they are, what they do and what they mean to us, that we don't even realize that we are silently building the very pedestal that we will eventually set them on. 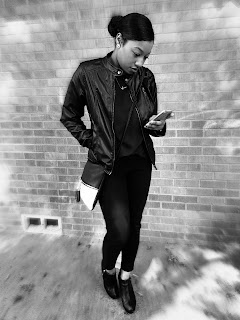 We build pedestals out of people and disguise it as admiration and love
We stack piece after piece not knowing what we're actually building until it's done
We lift them up so high then act surprised when they fall
Not realizing that they didn't ask to be put on a pedestal at all
We take these imperfect people and slap on them unrealistic expectations
Then get upset the moment that imperfect person misses the mark
And does what an imperfect person does
We esteem them above all
Sometimes even making them our gods
And are baffled when we see the pedestal begin to slowly fall apart
We forget sometimes that at the end of the day they're human just like us
Full of flaws and mistakes
There's only One truly perfect one in whom we can trust
So before you go and build that pedestal, remember this one thing
The person you're about to put on it is has some bad traits and things to work on too
You only see what they allow you to see
You don't see what the pedestal has inadvertently blinded from you
The moment you exalt them higher than you should
Is the moment you set yourself up to be let down
All because you've placed a far fetched expectation on someone who more than likely never even asked to wear that crown

So, listen. I'll be the first to admit that I, too, have unintentionally made idols out of people and placed them on pedestals they had no business being on. I, too, have raised people up so high that I couldn't see how they were able to fall. I, too, have expected from imperfect people that which they weren't capable of (and not supposed to) give me. I get it. I'm preaching to myself as well if not more when I say this. However, I think this is an appropriate time as any for us to remind ourselves to simply put the pedestals down. To not place God-like expectations on people not meant to be our god. To not pour our all into vessels not crafted to hold that weight. To not sit those we love on thrones meant for the one true King. To not get so caught up in the numbers, the following and their impact that we forget that humanity is still their portion. Flawed, messed up, imperfect humans. I think once we begin to fully realize that, we won't have to put the pedestals down...because we would have never picked them up.